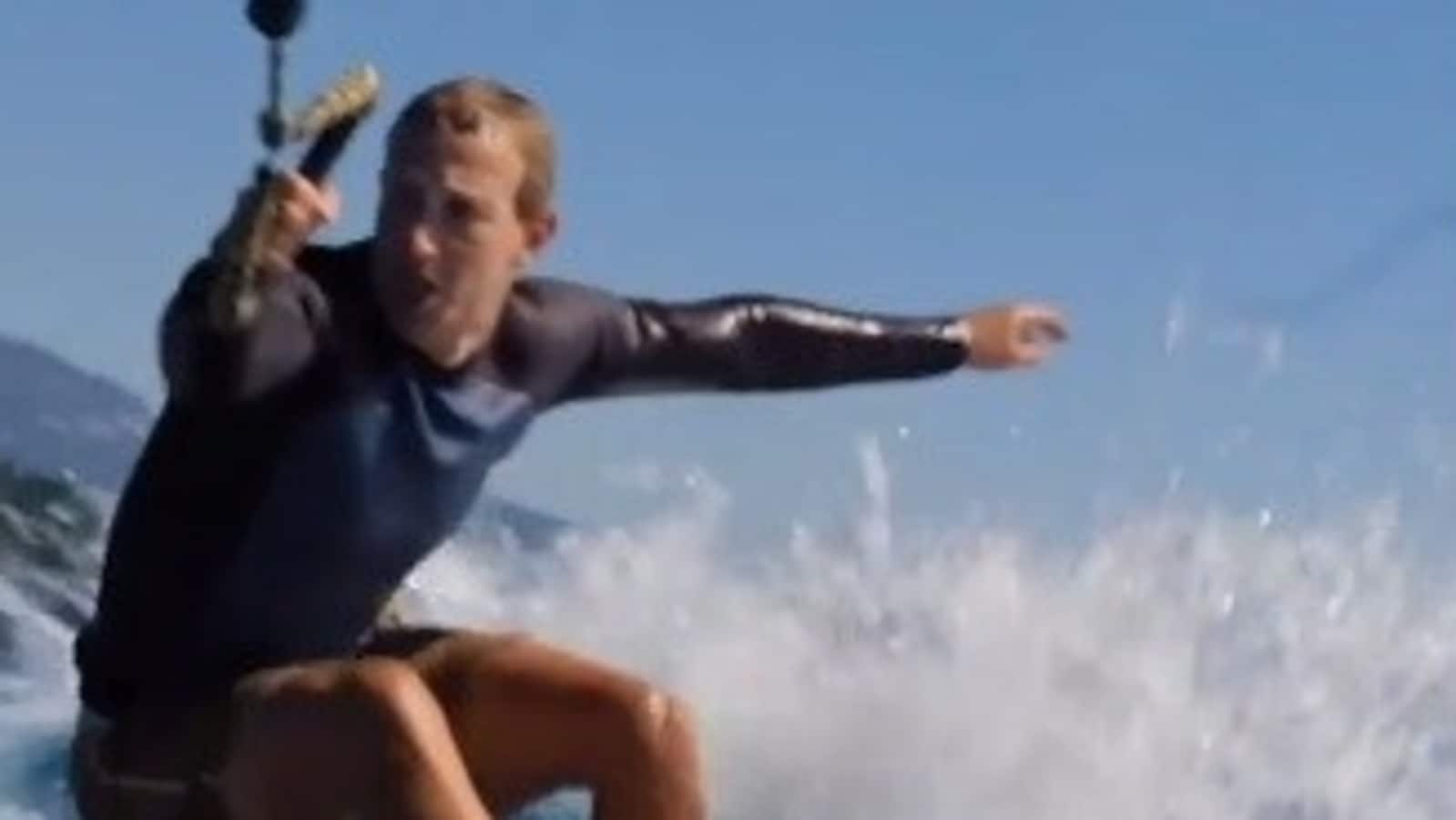 Facebook chief Mark Zuckerberg wakeboards as he does ‘turns on Saturday’

Facebook CEO Mark Zuckerberg braved the massive waves as he embarked on a wakeboarding excursion and shared the stunt on social media.

Facebook CEO Mark Zuckerberg braved the massive waves as he embarked on a wakeboarding excursion and shared the stunt on social media. “Some Saturday turns,” Zuckerberg captioned on Instagram, as reported by Page Six.

The Facebook CEO was seen in action mode as he slid back and forth across the waters as the gigantic waves slammed into him, seemingly trying to knock him down. Zuckerberg stood atop a plank as he clung to a rope, tied to the craft as it glided over the blue waters.

As the video progressed, Zuckerberg gathered momentum and threw the rope, balancing his entire position on the skateboard, as he moved forward alone, guided by the current of the water. However, the video ends abruptly showing the internet mogul hovering triumphantly, as if mastering the waves, his speed barely decreasing.

The undisclosed location of the place Zuckerberg was seen wakeboarding is believed to be Lake Tahoe in the United States, Page Six reported. The Facebook CEO bought a sprawling estate near Lake Tahoe in 2018.

Meanwhile, Zuckerberg is currently going through a difficult phase as his Facebook virtual reality project “Meta” has seen a 52% drop in shares since the start of the year. Additionally, Meta’s money transfer service that uses the company’s own cryptocurrency digital wallet, “Novi pilot”, will also be shut down on September 1.

The company took to its website to announce that the Novi app and Novi on WhatsApp will no longer be available. Novi was supposed to be a safe way for people to send and receive crypto, and at one point it was supposed to work with Diem, a stable blockchain-based payment system. However, the collaboration could not take place as Diem collapsed in February of this year.

2022-07-18
Previous Post: Mark Zuckerberg wakeboards, doesn’t crash once
Next Post: One moment I was kitesurfing in Maui, the next I was fighting for my life