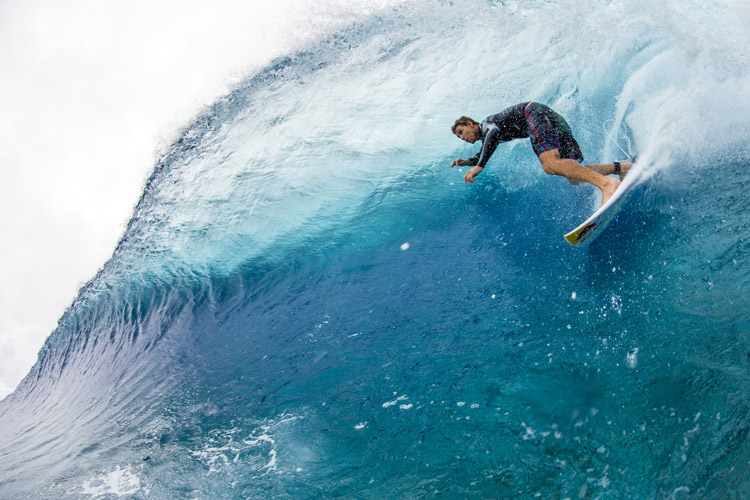 Everything is XXL and dangerous in “Distance Between Dreams”. Hold your breath and get ready for the three wave holds.

Red Bull is quietly taking control of the surf movie industry. And Ian Walsh’s high-end production is just one step closer to greatness.

In â€œDistance Between Dreams,â€ you are invited to watch one of the most historic big wave surfing seasons on record through the eyes of Maui surfer Ian Walsh.

The film directed by Rob Bruce shows us how Walsh sets mind and body in motion to redefine the upper limits of what is considered a surfable wave.

â€œRather than making a typical surf movie that only shows what big wave surfers do, we made a movie that shows who these exceptional individuals are,â€ notes Rob Bruce.

“Very few people realize what guys like Ian and his brothers go through every day, not only physically, but also emotionally and personally to stay ready and on top of their sport all year round.”

â€œDistance Between Dreamsâ€ puts viewers right in the middle of the action with a first-person perspective, cutting-edge cinematography and captivating sound.

“I wanted to show people all the work from that time. A lot of times people just see a photo of a wave, not seeing everything that is going on in that session,” adds Ian Walsh.

â€œThey don’t see the five horrible falls until a guy gets on that wave. I wanted to show how the session goes and all the hard work to do the ride of a lifetime. You will see what it is. point of view like our eyes in this movie. “

The premiere of “Distance Between Dreams” will take place on November 26, 2016 at the Maui Arts & Cultural Center, Kahului, Hawaii.