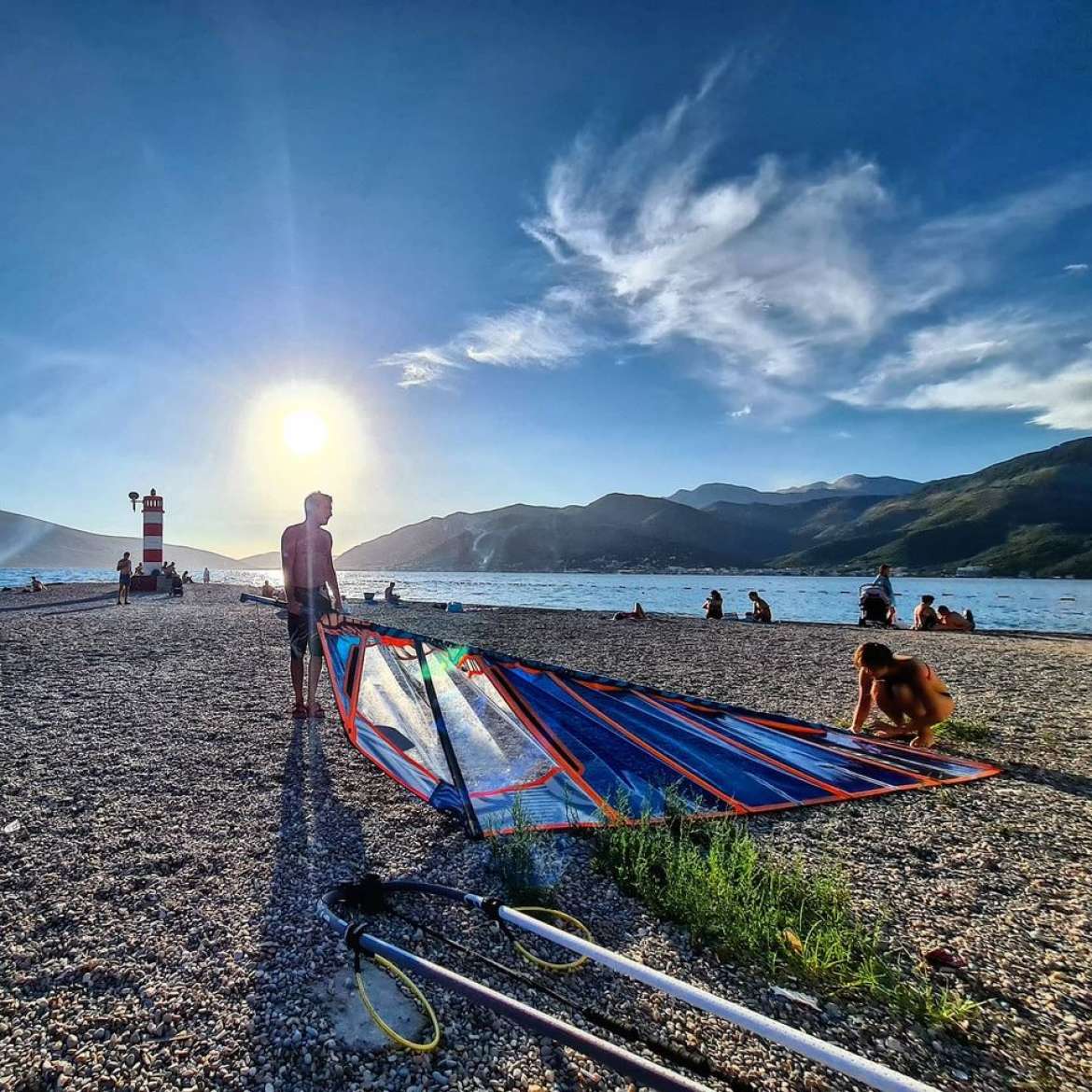 Kitesurfing and Windsurfing in Tivat with Boka Surfing Team

October 3, 2020 – Although kitesurfing mostly conjures up images of long sandy beaches, with more and more adrenaline-seekers coming together each year to enjoy the sport, the idea of â€‹â€‹exploring the winds of Boka is making its mark. path with an increasing number of kitesurfers from Montenegro. And awaits them an informal club of lovers of adrenaline sports at sea – Boka Surfing.

Autumn, with its changing weather, rains and gusts of wind, does not generally bring happiness, especially in Boka. However, there are some among us who can’t wait for the cheerful winds to show what they’re made of.

When it comes to sailing, alongside the Sailing Club Delfin, Tivat has another serious, albeit predominantly family-friendly setup – the Sailing Club TriBelan, which was launched and outfitted by a sailor from Tivat who chased the wind across the Mediterranean – Miho Belan. In addition to catamarans, the sailors of this family are passionate about extreme sailing. Ilija was a prominent figure until recently, in almost every southern storm along the Tivat coast and in the sometimes ruthless Strait of Verige. However, in recent years he was joined at sea by the next generation – Toni, who went even further in search of adrenaline, discovering kitesurfing.

â€œI have been sailing since childhood. First by the Sailing Club Delfin and sailing in the Optimist and Laser classes. Then came the catamarans, then windsurfing. And, of course, the cruise. But when I discovered kite surfing, I found a sport that combines sailing and a few extra skills, and offers a lot of excitement and fun, â€says Toni.

Together with his uncle Ilija and his friends – brothers Frano and MiloÅ¡ TripoviÄ‡, they founded an informal club of surf fans – Boka Surfing. Trying to reconcile two traditional rival sports – windsurfing and kitesurfing – and even more demanding physically and technically.

â€œBoth sports are adrenaline-filled and require physical form and skill. Kite flying involves different elements – you have to know how to board, know how to navigate and be prepared for sudden wind changes. It’s exciting, especially here in Boka, where the winds change often and the coast is much more interesting than in our popular kite destination – Ulcinj beach, where the winds are much more predictable. This is why our friends from Ulcinj love to come with us.

Tony explains that destinations like Boka are interesting above all for experienced kiters as the changing wind conditions are very dynamic and require great skill. Also, compared to such destinations as Velika plaÅ¾a in Ulcinj, inexperience here can be costly due to the configuration of the coast. In this sense, Ponta Seljanova beach in Tivat is the only suitable place for take-off in the whole of Boka, so the conditions are not conducive to training future kiters. However, there is a workaround for this as well, Tony explains. It is not a new practice to use boats to lift kites, thus avoiding the dangers of the coast. 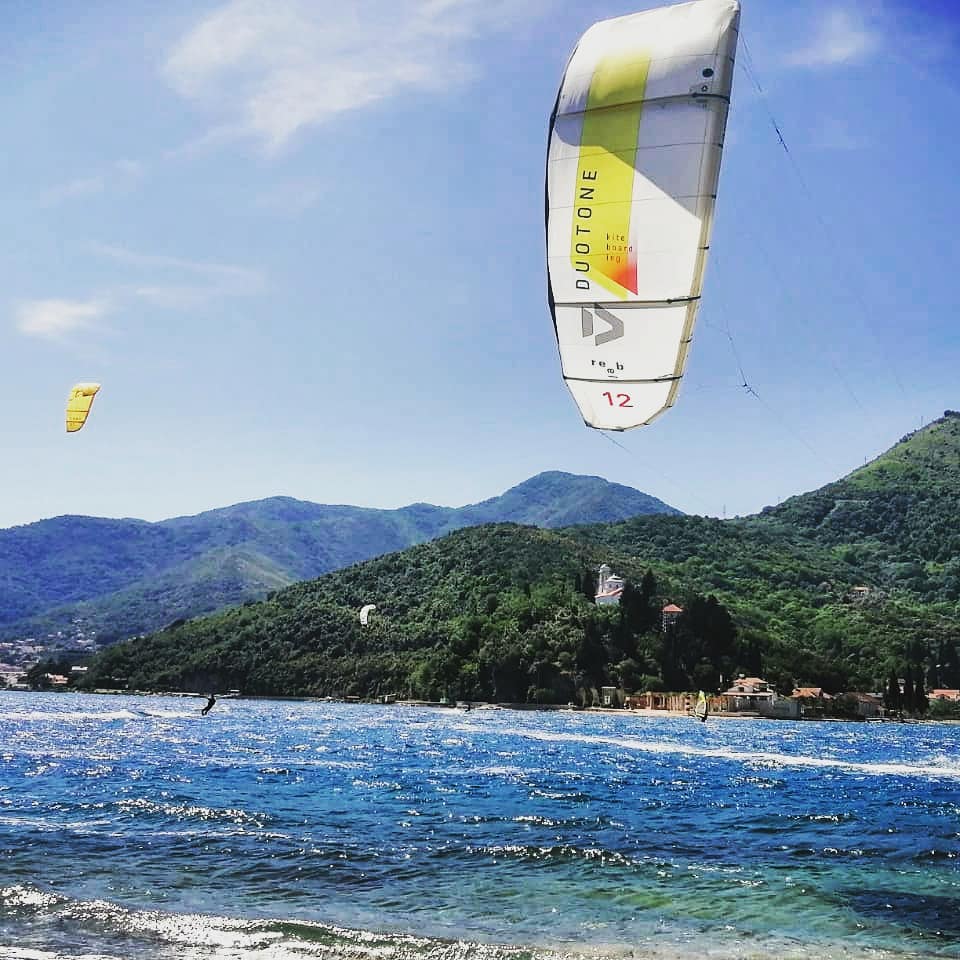 Boka Surfing is an association of enthusiasts at the moment, but in the future it could become another popular niche tourist attraction. When it comes to kite surfing, we are talking about a sport that is growing in popularity year by year. Maybe our bay will not be a destination like Ulcinj. Yet its specific aerodynamics and thermals may attract adrenaline-fueled sports enthusiasts like Toni, who was traveling to neighboring Croatia to explore new areas until he discovered Boka’s potential.