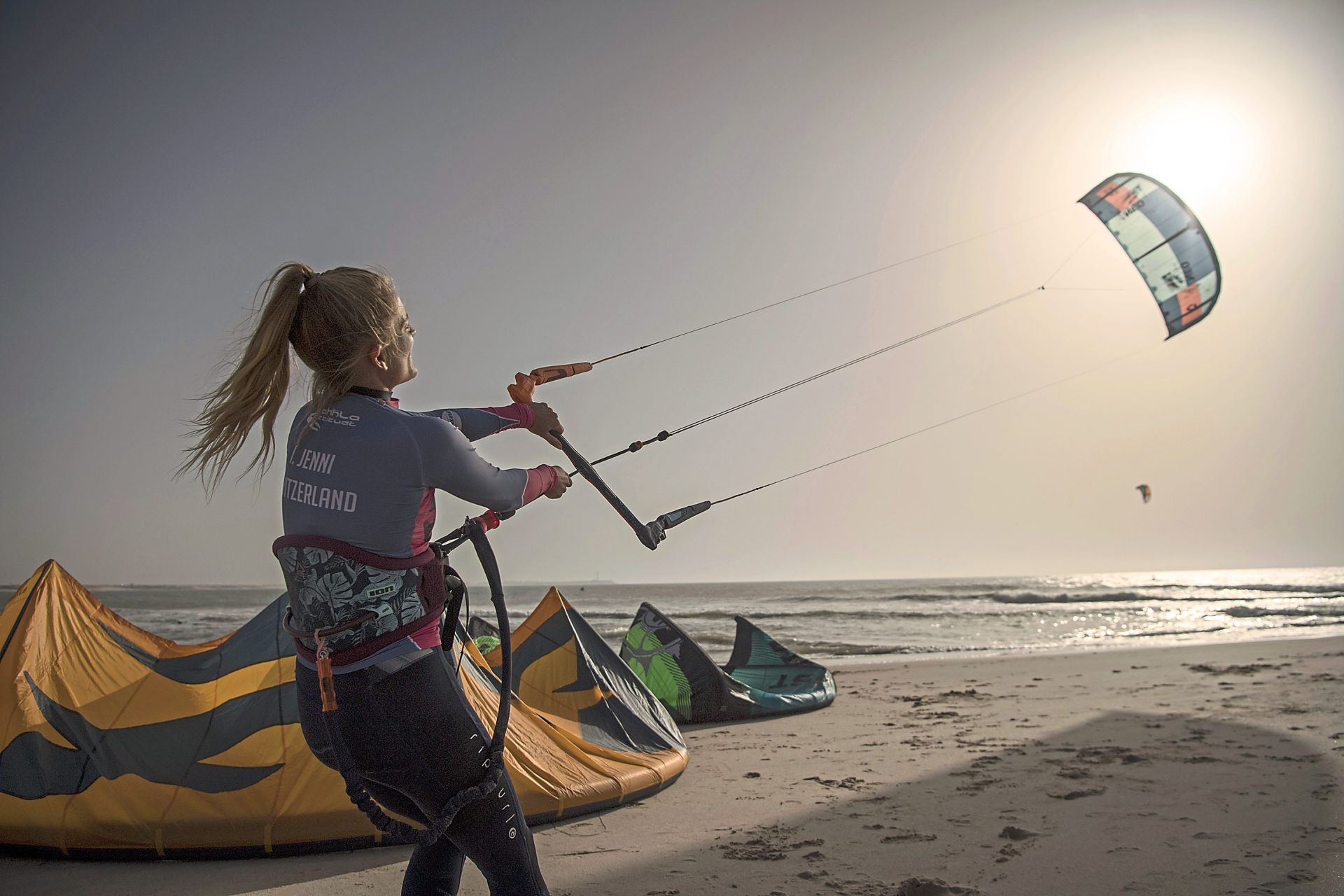 Kitesurfing is becoming a major trend in this unlikely destination

In the heart of the disputed Western Sahara, a former garrison town has become an unlikely tourist attraction after kitesurfers discovered that the windswept desert coast is perfect for their sport.

In Dakhla, an Atlantic port city dotted with military buildings in the Moroccan-administered Western Sahara, swarms of kitesurfers now navigate the lagoon daily.

â€œHere there is nothing but the sun, the wind and the waves. We have turned the adversity of the elements to our advantage: this is the very principle of kitesurfing, â€explains Rachid Roussafi.

After an international career in windsurfing and kitesurfing, Roussafi founded the first tourist camp on the lagoon in the early 2000s.

â€œAt the time, only one flight per week landed in Dakhla,â€ says the 49-year-old Moroccan.

Today there are 25 a week, including direct flights to Europe.

The former Spanish garrison is booming today with the influx of visitors increasing income from fishing and trade.

Kitesurfing requires expensive equipment – including a board, harness, and kite – and the niche tourist spot attracts affluent visitors of all nationalities.

Only the names of certain sites, such as PK 25 (Kilometer Point 25), the ruined forts in the dunes and the imposing military buildings still in use in Dakhla, remind tourists of the region’s conflicting history.

In the 1970s, Morocco annexed Western Sahara, a former Spanish colony, and waged war with the Algerian-backed Polisario Front from 1975 to 1991, when a ceasefire agreement was reached. .

A United Nations mission was deployed to monitor the truce and prepare for a referendum on Western Sahara’s independence from Morocco, but this never materialized.

Without waiting for the political compromise that the UN has been negotiating for decades, hotels have sprouted from the sand along the coast, and rows of lampposts on vacant lots herald future housing estates.

â€œThe secret of success is to develop kitesurfing with good communication focused on the organization of non-political events,â€ said Driss Senoussi, boss of the Dakhla Attitude hotel group.

The competition, however, seemed of little interest to the inhabitants of Dakhla.

Only a few young people doing nothing and traveling families found themselves on the beach for the finals.

Equally rare are foreign tourists who venture into the city of 100,000 for shopping.

Like her friends, Alexandra Paterek prefers to stay in her hotel, about thirty kilometers from the city center.

“This is the best place in the world to learn kitesurfing,” said the 31-year-old Polish flight attendant.

On her understanding of the wider regional context, she said: “It’s a former Spanish colony and they have good seafood for sure.”

Like many tourists, she felt the region belonged to Morocco, as the destination tends to be marketed in the travel industry as â€œDakhla, Moroccoâ€.

This angered the Polisario, which wants the independence of the contested region and tried unsuccessfully last year to sue companies it described as “accomplices of the occupying military power”.

The independence movement is now focusing on challenging trade agreements between Morocco and the European Union involving Western Sahara, according to the group’s French lawyer, Gilles Devers.

Moroccan authorities are actively seeking investors for their development projects on the west coast, the most ambitious being the Dakhla Atlantique mega port with a budget of around $ 1 billion (RM 4.2 billion) to promote fishing.

On the lagoon, surrounded by white sand and with its holiday bungalows, “there is a struggle between the development of aquaculture and tourism,” said a senior regional official, who spoke on condition of anonymity. .

“One has less impact on the environment, but the other generates more income and jobs,” said the representative, adding that “the pressure from real estate investors is very strong”.

With the influx of tourists, environmental protection has become a major concern.

“Everything is changing so quickly … we have to recycle plastic waste and solve the wastewater problem,” said Rachid Roussafi.

Daniel Bellocq, a retired French doctor, is worried about the future of this lagoon, once “so wild” that it has been kitesurfing for 20 years.

â€œThere are green algae that weren’t there before, it becomes a septic tank,â€ he said.

Regional councilor Cherif, however, insists the bay is clean, saying: “All hotels are equipped with sewage management systems.”

For him, the real threat comes from plastic waste, whether dropped by tourists or brought in by sea currents. – AFP