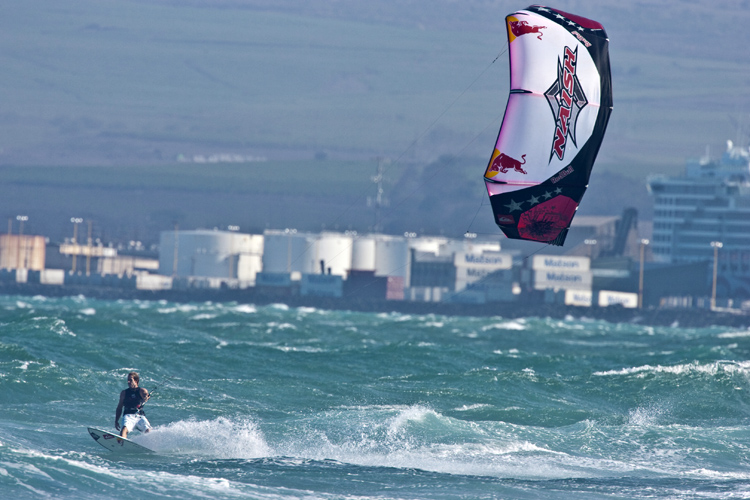 Through never-before-seen interview recordings from the award-winning film “Chapter One – The Kiteboard Legacy Begins”, the three men talk about the evolution of water sports in Hawaii and the birth of a new sport – kitesurfing.

In the early 1990s, professional windsurfer and big wave record holder Pete Cabrinha was part of a group of creative individuals in Maui called “The Strapped Crew”, which also included Laird Hamilton and Dave Kalama.

â€œLaird was one of the first to try kitesurfing in Maui, doing what we call ‘downwinds.’ At first I wasn’t really interested,â€ Cabrinha explains.

“It wasn’t until Flash Austin came to the island and saw him jump off a wave. He stayed in the air longer than I ever saw a windsurfer stay in the air. , and that’s exactly when I wanted to give this thing a go. “

â€œWhen this first shipment of Wipika kites arrived on the island, it was off to the races who could get hurt, break something, but have fun along the way,â€ Kalama adds.

Kitesurfing: too dangerous for 99.9% of the population

Windsurfing legend Robby Naish started developing new products, but with kitesurfing equipment still in its infancy, the sport was so dangerous that he didn’t even want people to try it.

“The first advertisement we did in 1999 was: kitesurfing, absolutely, positively bad sport for 99.9% of the world’s population.”

Fatal losses put the sport in a bad light, but Don Montague, athlete and sail designer at Naish Sails, was determined to make the sport accessible to the public.

â€œEveryone was against me when I started developing kitesurfing gear. Until one day I was able to kitesurf on the famous Hookipa windsurf spot, and not go downwind. It was the day that everything changed, “recalls Montague.

â€œI discussed my project with Larry Page and Sergey Brin from Google, and they said to me: ‘instead of going around the world with your kiteboat, why don’t you try to save the planet?’ A conversation that led them to found Makani, a company that produces green energy with kites, â€reveals the kitesurf pioneer.

In this audiobook, the stories of Robby, Pete, and Don document part of the history of the water sports world in Hawaii. It also aims to inspire its listeners with a unique outlook on life.

â€œAfter making the movie ‘Chapter One – The Kiteboard Legacy Begins’, I felt that a lot of good stories were missed. I have always found it very relaxing to listen to these Hawaiian stories, but instead of ‘using the recordings to make another film out of it, I thought it would be nice to create an audiobook and let the imagination do the work, â€concludes Bob van de Gronde, the director of the film.

Robby Naish is a legendary figure in the sport of windsurfing and kitesurfing.

Robby’s family moved to Hawaii when he was five and his father Rick, who had a deep connection to the ocean, passed it on to Robby during his formative years, putting him in the waves at every opportunity. .

While still in competition, Robby worked on the creation of the Naish brand and produced “RIP”, one of the most acclaimed windsurfing films of all time. Now in his 50s, he still rips harder than most riders half his age, whether kiteboarding, SUP, surfing or windsurfing.

Pete Cabrinha has played a pivotal role in the development of surfing, windsurfing and kitesurfing, has ridden a record 70 foot wave, founded his own sports brand and is a respected artist.

Pete Cabrinha attributes his success to “the luck, the timing and the passion to do things differently”, but he’s modest – you don’t realize what he has without that killer combination of drive and talent.

He was the head of research and development at Naish when kitesurfing started to emerge.

Always an innovator, Don was instrumental in the design of some of the first production kites and is perhaps one of the unsung heroes of the sport of kitesurfing.

His fascination with kites led him to design wind-powered outrigger canoes and to develop the idea of â€‹â€‹â€œkite boatingâ€ before, in 2006, creating his own company, Makani Power, with the aim of use wind power to generate electricity.

Google acquired Makani Power in 2013 and is primarily focused on its KiteBoat project, which involves using large kites to propel catamarans across the water at record sea speeds.

2018-11-30
Previous Post: Thick-skinned athlete wakeboarding on glacier around ‘Iceberg Capital of the World’
Next Post: How to make a skimboard