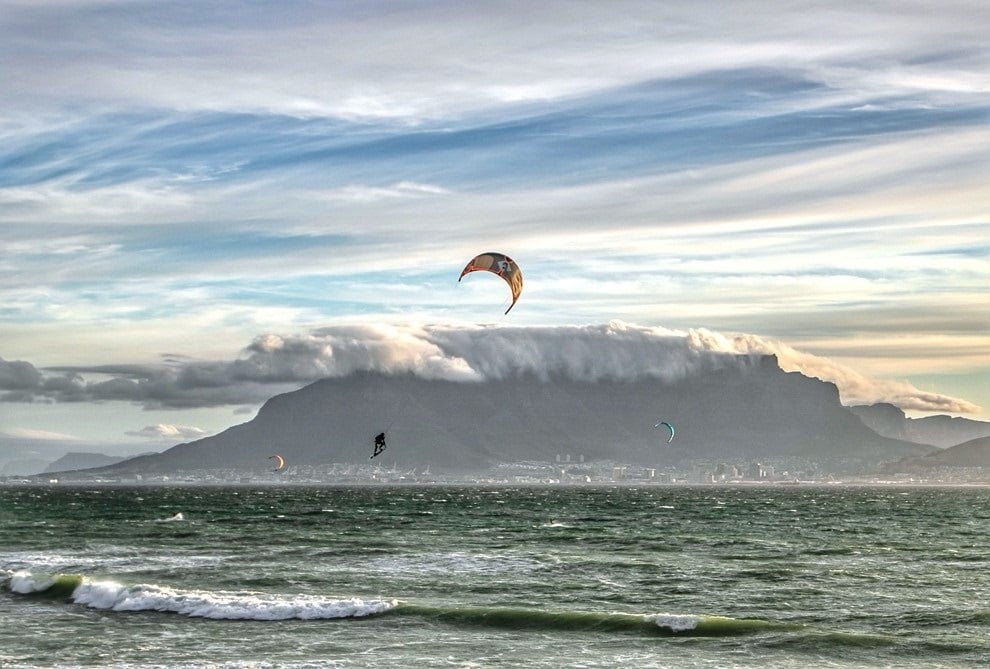 Many seaside towns in South Africa rely heavily on peak season to support them financially through the quieter winter months.

This summer season was particularly important for the boating industry, which was already struggling to keep its head above water.

On December 28, 2020, President Cyril Ramaphosa implemented the amended Level 3 lockdown regulations. This was followed by an announcement on January 11, 2021 that the beach ban, which has affected the watersports community, would run until February 15.

This summer’s tourist season was a “beacon of hope” for many water sports-related businesses that were on the verge of collapse, she said.

But the beach ban resulted in trips being canceled, impacting restaurants, hotels, guesthouses, event businesses and staff, and other tourism-related businesses. further, she said.

Langebaan is a ghost town and Blouberg is in trouble. She believes that many businesses adjacent to the beach and related to kitesurfing will not survive the loss of tourism revenue for the season.

According to Veness, the general consensus in the kite community is that the sport does not require or result in gathering. They say that for sport, fitness and small business support purposes, kitesurfers should be allowed access to the water.

The beach ban prevented professional kitesurfer Joshua Emmanuel from training and coaching “which is a big form of income for the whole year for me,” he said.

Professionals train in South Africa and the Red Bull King Of The Air (KOTA) – which Cook has described as the “kite world cup”, choose Cape Town as their venue.

According to Cook, Cape Town is probably the second best place in the world, after Brazil, to practice kitesurfing or stand up paddleboarding, one of the windiest places that experiences a variety of conditions.

Additionally, manufacturers and industry leaders come to Cape Town between September and March to test the equipment, Cook said.

Compared to last year around this time when KOTA took place, things are looking bleak in Blouberg.

According to Grant Ross, owner of the kitesurf and surf shop Open Ocean in Blouberg, 70% of the annual turnover is made “in season”, that is to say from October to the end of March.

â€œSince the president’s last speech, it looks like we will earn 10% of what we normally earn in January,â€ he said. A number of kitesurfing schools have already closed, he added.

Images of Blouberg taken by Ron Holl show the empty expanses of beach and sea earlier this month. Images of Blouberg taken by Ron Holl show the empty expanses of beach and sea earlier this month.

A local Langebaan guesthouse, Friday Island, has gone from double booking to just two guests, during what is typically their busiest time of year, said John van der Vyver, spokesperson for the Langebaan Kitesurfing Guild and owner of the guesthouse.

“I don’t think we’ll recoup the losses from this [time] period, but from mid-December to mid-January, we can account for over 25% of our annual income, â€said Lanral Ruddock, Director of Retail and Co-Owner of Board & Kite Africa.

â€œWe need this time, because the watersports industry is so seasonal, to accompany us through the rest of the year,â€ he added.

The impact of financial damage resulting from the inability of the water sports industry to function due to the beach ban is evident in the hospitality and tourism sectors.

Currently there are normally 50 to 100 people on the water in Langebaan, which would translate to R300,000 of business, but at the moment there are none.

The long-term effect is that tourists will be more inclined to consider other countries first, Van der Vyver added.

“Langebaan’s biggest restaurant, Pearly’s, is already laying off people,” he added. Van der Vyver said it was heartbreaking to see longtime employees, supported by the local community, withdrawing with tears in their eyes.

Obsession Kiting took proactive steps to get permission from SANParks on January 3, which allowed it to transport kiters through the water via boats.

This has kept a few tourists in town, Du Plessis said. However, two days later, Police Minister “Bheki Cele went to Langebaan and marched the defense forces through the town,” she added. The license to transport kiters to Langebaan was revoked on January 6 and the popular water sports destination has since been a “ghost town”. SAPS on Langebaan beach on January 5.

â€œOur tourists literally disappeared immediately. Even the non-kiters felt too threatened to stay,â€ she said.

After the arrest of two international tourists in Langebaan, attention was drawn to the treatment of tourists by the police, including an incident in which a gun was pointed in the face of a Russian tourist, a said Van der Vyver.

“When the cops make a one-sided statement and say ‘I don’t care about the law’ it gets worrying,” especially when the police are expected to enforce the law and not take it in hand, Van der said. Vyver.

The xenophobia exemplified by SAPS in Langebaan has a negative impact on international public perception of South Africa, especially when videos of it go viral, Van der Vyver added.

“It is a shame to see the government and police vilification of kitesurfers and the immense waste of resources,” added Veness.

She hopes that an imminent change to the regulations will be made and that common sense will be taken into account.

Many members of the international community are appalled by the South African government’s unusual choices.

In the UK, although essential services are closed, citizens are encouraged to exercise, to be outside near their homes, on their own or with their homes, she said, adding that South Africa had done the opposite.

Kitesurfers follow a standard set of rules, such as standing about 50 yards apart when out on the water, Veness said.

Plus, the kitesurf lines are 22 meters long, which means social distancing comes with the sport, Cook said.

â€œFresh air, vitamin D and exercise all boost the immune system and are necessary,â€ he said.

“To see the police and the government criminalize surfers and kitesurfers who want to avoid these high-risk indoor ventures and who are in fact complying with the president’s advice on the ‘three Cs’ has been foolish,” Veness added. 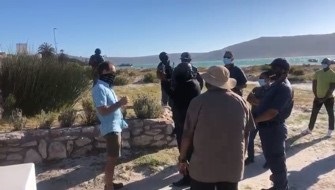 A resident of Langebaan speaks with Bheki Cele on January 5, 2021. â€œI have read the rules, but they do not say that the sea is closed,â€ says Marc Ambler, owner of Waters Edge Accommodation.

What the law says

According to the adjusted level 3 regulation, the sea is not closed, only the beaches are. The definition of beach was inserted into the regulations on January 11.

â€œIt is clear that anything beyond the range, as defined, is open,â€ said Shayne Krige, director of attorneys at Werksmans.

â€œThe law currently allows the practice of kitesurfing, windsurfing and water sports at sea, the fact that you are allowed to practice these sports at sea necessarily implies a right to cross the beach to access this area, because if you said the sea is open, but the entire coastline of South Africa is closed, then there would be no way for anyone to access the sea, which is open, â€Krige said.

It seems there has been this blanket ban on anything beach related, which has huge impacts.

“I don’t think the regulations were intended to prevent the practice of sport,” he said.

Given the structure of the regulations, beach closures fall under the section on gatherings, which are dangerous and increase the risk of infections.

â€œIf a rule has to be rational, which it has to be to be enforceable, then you have to have considered the impact of the rule,â€ Krige said.

He adds that the gap between how the law is drafted and how it is applied needs to be bridged.

Passing a regulatory amendment lifting the restriction on beaches is certainly a possibility, Krige said.

â€œThere are a lot of things that can be done. It’s just a question of whether they think it’s important enough to do it and I think that question rests on the impact assessment after closing the beach on the economy, and on people’s lives and livelihoods, â€he said. Kite surfing in the Western Cape.

John van der Vyver agrees, saying “the government is not even consistent in its interpretation and application of the law and that is the frustrating part”.

Want to know more about this topic? Subscribe to one of News24’s 33 newsletters to receive the information you want in your inbox. Special newsletters are available for subscribers.