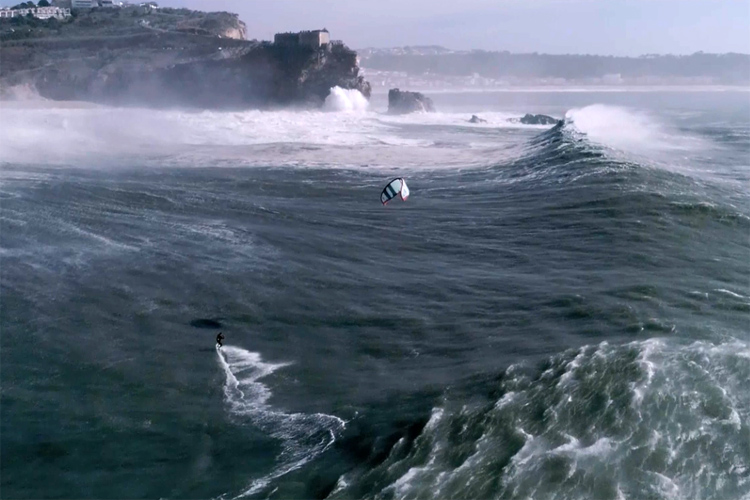 On November 8, 2017, the kitesurfer from Porto, Portugal launched his kite in Praia do Norte, NazarÃ©, and sailed one of the most dangerous beach breaks on the planet.

The wind was blowing from the north and the waves were facing slightly south. After jumping off the crest a few waves to familiarize himself with the formation, Figueiredo was aiming for a record wave.

According to Guinness World Records, the wave measured 62 feet (19 meters).

â€œI guess I feared it when I was still watching the waves from the outside. But when I got to the water the fear was gone. You have to focus because your life is on the line,â€ says Nuno â€œStruâ€ .

“But you have to be prepared to do it. And it takes years of training. I watched how NazarÃ© worked for a few years because in kitesurfing we need more than big waves. You have to know exactly. how the wind blows and behaves. “

A day for records

Nuno “Stru” Figueiredo says he prepared himself physically and mentally for the stunt.

Interestingly, he wasn’t the only waterman to celebrate a Guinness World Day on this day. Rodrigo Koxa also set a new benchmark in surfing by riding a 80 foot wave (24.38 meters).

“It was a little weird because when it’s too windy the waves get too choppy and messy. But with the right wind direction anything is possible in NazarÃ©,” added the new world record holder.

“Stru”, 41, was the first kitesurfer to ride the gigantic waves of Praia do Norte.

In fact, in 2016 he had already sailed a 39-foot (12-meter) wave in the Portuguese surf break, but he felt he could improve his performance and push the limits a little further.

“It was a dream come true. But now I have other plans. It will be big waves and NazarÃ©”, concludes the Portuguese kitesurfer.

2018-10-29
Previous Post: Learn to skimboard without breaking the bank (or your wrist)
Next Post: Thick-skinned athlete wakeboarding on glacier around ‘Iceberg Capital of the World’