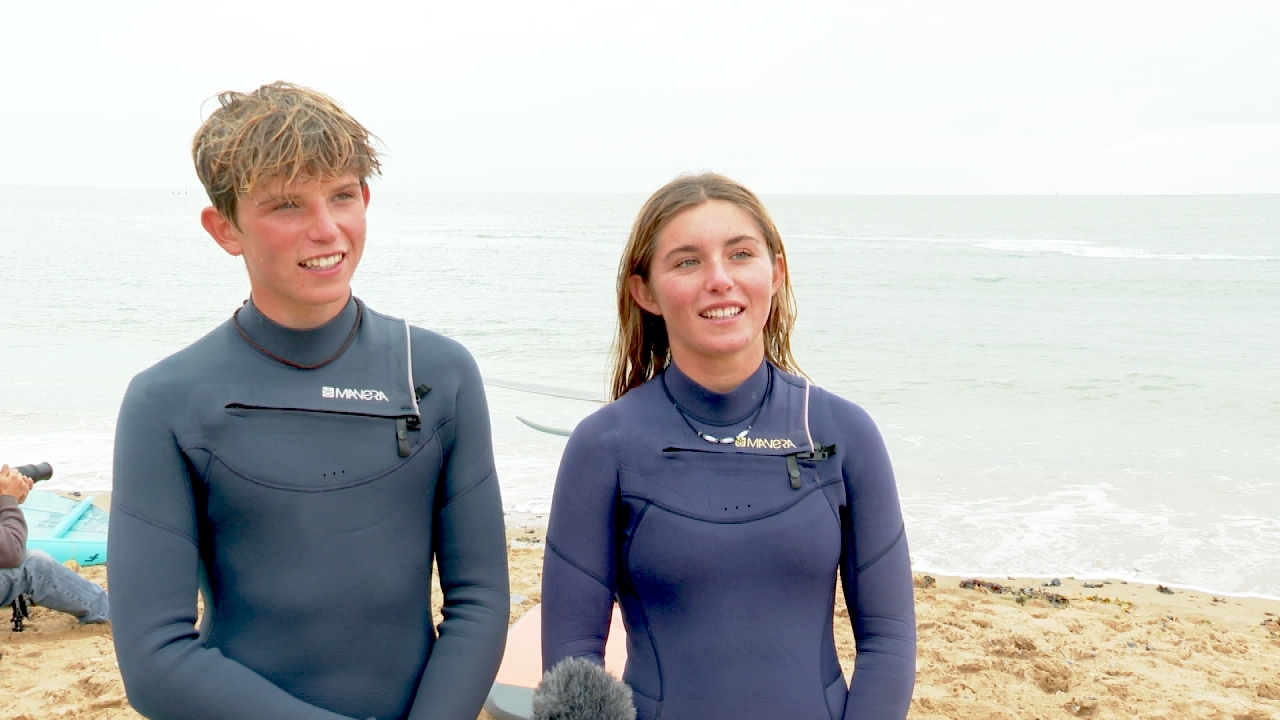 Olympic kitesurf hopefuls show off their skills at national championships

Two rising young kitesurfing stars, from Kent, spoke of their hopes of competing for Britain at the Paris Olympics.

Mattia Maini, 16, and Francesca Maini, 19, from Herne Bay, were among around 50 kitesurfers to take part in the British Freestyle Championships at Ramsgate this weekend.

Both brother and sister have been kitesurfing from a young age and have participated in many national competitions, in various disciplines.

The siblings told ITV News Meridian it would be “amazing” and “incredible” if they could ever represent their country in sport.

Kitesurfing has been confirmed for inclusion in the 2024 Olympic Games in Paris, for the first time.

Francesca said: â€œWe do a lot of foiling, hydrofoil training, mainly in Portland, Weymouth. We have done a lot. And basically we just do any kind of kitesurfing, pretty much. “

We are now kiting for GB. Kitesurfing will be at the Olympics in a few years. So we basically train for that to maybe one day get a place on the team.

This is the third time that the National Championships have been held in Ramsgate, with last year’s event being canceled due to the coronavirus.

Active Ramsgate and the British Kitesports Association are both involved in the organization of the competition.

Despite the wind that prevented some of the competitive races from taking place, the free public land practice sessions were sold out.

“The spotlight is really on kitesurfing now,” said four-time British champion Lewis Crathern, who was on the commentary squad for this weekend’s championships.

He expects the number of people playing the sport in the UK to increase ahead of the Paris games, especially given what he describes as “superb” weather conditions there.