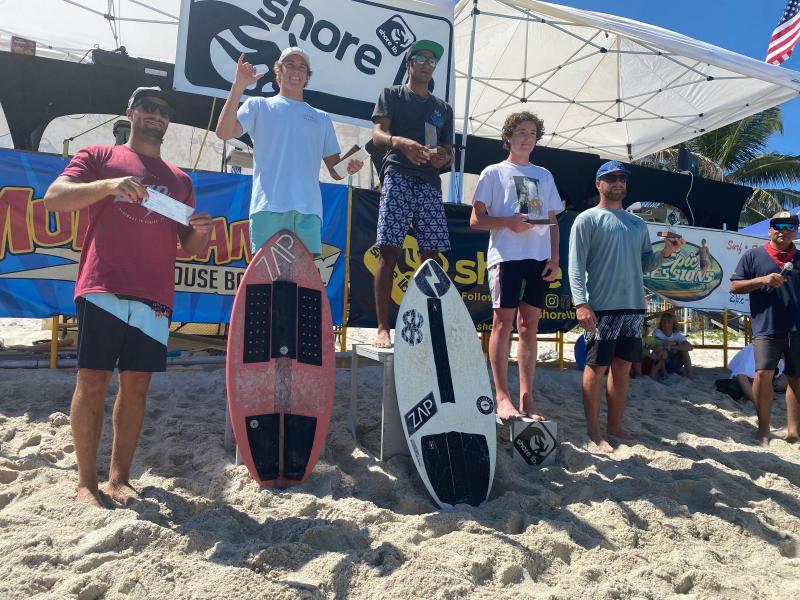 By: Jessica E. Petrie
In: Skimboard
With: 0 Comments

Skimboarder Ethan Redefer slipped to third place as a rookie in the pro division on the first stop of the Skim USA tour in Vero Beach, Fla., March 13-14.

The best skimboarders come from all over the world to take part in the two-day event, said Ethan’s father, Justin Redefer.

â€œReceiving third place in the professional division among some of the best riders on the tour is amazing in itself, not to mention your first professional event,â€ said Justin.

Trying for a chance in the pro division at 17 is basically like starting over, Justin said. An amateur competitor for many years, Ethan was selected for the Skim USA team which traveled to Spain, where he won first place in the Under-16 division in 2018.

â€œHoping to get through the first round, we were blown away that he continued to third,â€ said Justin. â€œThe professional division this year in Florida with favorable conditions and incredible athletes was amazing to watch.â€

Competitive skimboarding at Dewey Beach was started by the Wilson family, said Justin, who also founded the non-profit Skim USA and organized a competitive tour on the east coast. This will be the 40th year of the Dewey Beach contest in August, Justin said.

â€œSince the events were canceled last year due to COVID, everyone was excited to start the season,â€ said Justin.