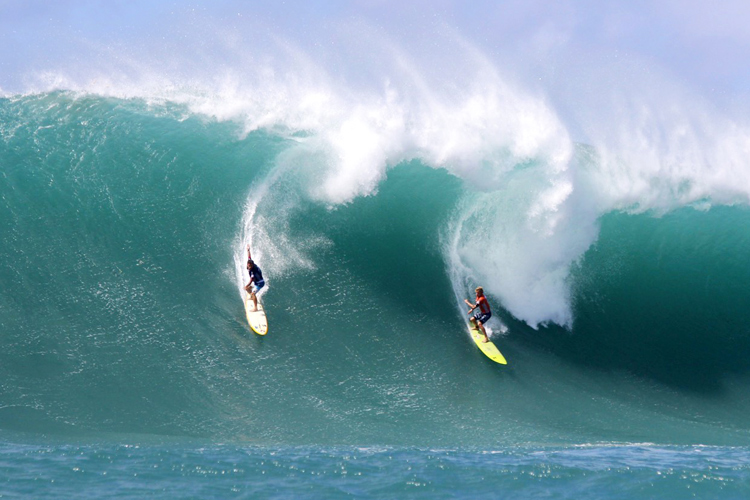 the birthplace of big wave surfing

The history of surfing has a unique entrance to Waimea Bay. The famous Hawaiian surf spot is considered the dawn of big wave surfing.

Waimea Bay is a legendary surf spot located on the north coast of Oahu.

A hectic and dangerous place in winter, and a tranquil portrayal of Hawaiian ocean life in summer.

Welcome to “The Bay”, a surf spot known for its gigantic waves and death-defying rides.

The world famous big wave surf spot comes to life during the Hawaiian winter (November to April), when a long period of deep northwest swells suddenly hit the local lava plateau 100 meters from the northern headland. .

A day of classic big wave surfing at Waimea Bay has traditionally gone from good to excellent at medium tide and with light ESE trade winds.

Waves of over 20 feet on a Hawaiian scale still attract dozens of local and foreign swell hunters, eager to make their mark and authority on this historic surfing spot.

The wave of Waimea Bay is known for testing the eagerness of surfers to print their take-off skills, but also for its choppy slopes and heavy mountains of whitewater.

If you have the chance to escape these rolling beasts, you will still have to face the famous shore break with its marbled lips.

Paddling indoors and outdoors is extremely tricky and the return currents are strong, so surfers need to time their movements between sets to avoid fading.

The shore is also tricky as it quickly descends from shallow water to 20 feet and deeper.

When the surf rises in Waimea Bay, fans and media professionals can easily witness and capture the intensity of the crashing waves up close. 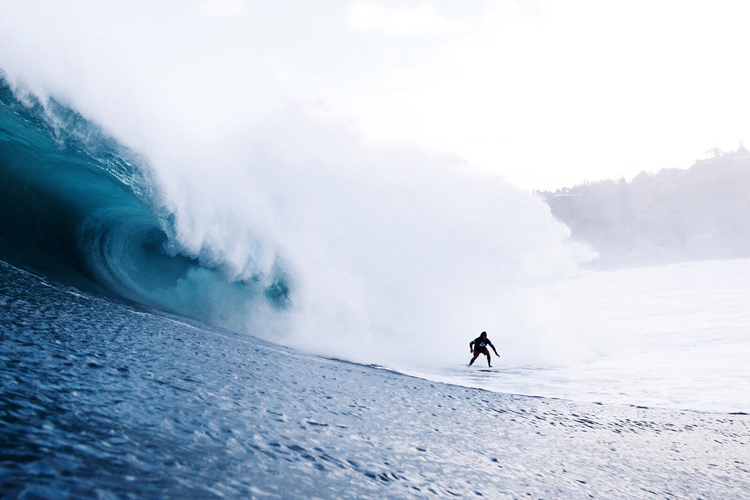 The wave of the Waimea river

There is a time of the year when the Waimea River reaches its maximum capacity and crosses the sandy beach and empties into the sea.

To speed up the process, local surfers use hands and shovels to dig the sand and connect the mouth of the river to the Waimea shore break.

The goal is to create a path for the water to flow and, more importantly, to create one of Hawaii’s largest standing waves.

The waves can be surfed for several hours and the man-made phenomenon attracts thousands of non-surfers and tourists. 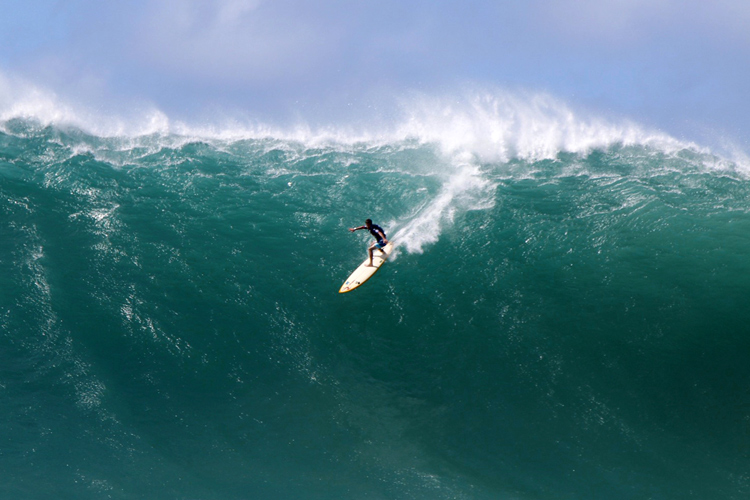 The history of Waimea Bay

Waimea – which means “reddish water – was the first place on the island of Oahu where outsiders contacted Native Hawaiians.

After the death of Captain James Cook in Kealakekua Bay on February 14, 1779, his ships Discovery and Resolution anchored in the bay to take water.

The second group of haoles arrived in 1793 aboard the Daedalus, the merchant ship chartered by Captain George Vancouver.

As they were filling their barrels with water, two of them were killed by Hawaiians who wanted their guns.

In 1894, a flood devastated the Waimea Valley and destroyed Hawaiian homes, and the community was greatly reduced.

CW Winstedt built the Kamehameha Highway from Waimea to Kahuku in 1932.

For many years, Waimea Bay was considered too dangerous to be surfed.

The spot was first mounted in the 1950s and opened a new chapter in the history of the sport. Big wave surfing is now considered a discipline in its own right in part thanks to Waimea Bay’s reputation.

One winter day in 1957, Greg Noll (pictured below) and a few surf buddies paddled in 15 foot conditions. Bud Browne was filming from dry land.

“We caught a few waves and weren’t sucked into a vortex, nothing ate us, and that’s it. It wasn’t a big day, but there were hairy days ahead,” he said. declared Noll in the film “Riding Giants. “

From the 1970s to the 1990s, the beloved extreme surf spot became the ultimate playground for big wave performers.

Today, as in the past, Waimea Bay is still a dangerous place for advanced riders and one of Oahu’s most popular surf beaches. Seven Mile Miracle. 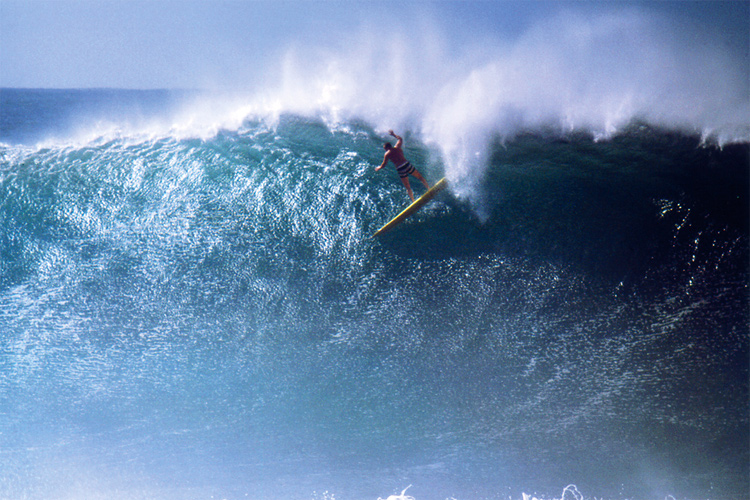 The spirit of Waimea Bay can also be felt on the grounds of Beach Park, where the Eddie Aikau Memorial honors the fallen angel.

The plaque embedded in a rock reads:

Eddie Aikau went missing at sea on March 17, 1978, while on his way to seek help for the crew of the Polynesian Voyaging Society double-hull canoe – Hokule’a.

The dinghy capsized in rough seas about 20 miles from Oahu on the night of March 16, 1978.

Eddie Aikau is gone, but his name will live on in the annals of Hawaiian heroism.

His spirit will also live wherever the Hokule’a sails and on the beach at Waimea Bay where, as a town and county lifeguard, he saved thousands of lives from dangerous waters.

He was a great man, a great Hawaiian, and he will live in our hearts forever. 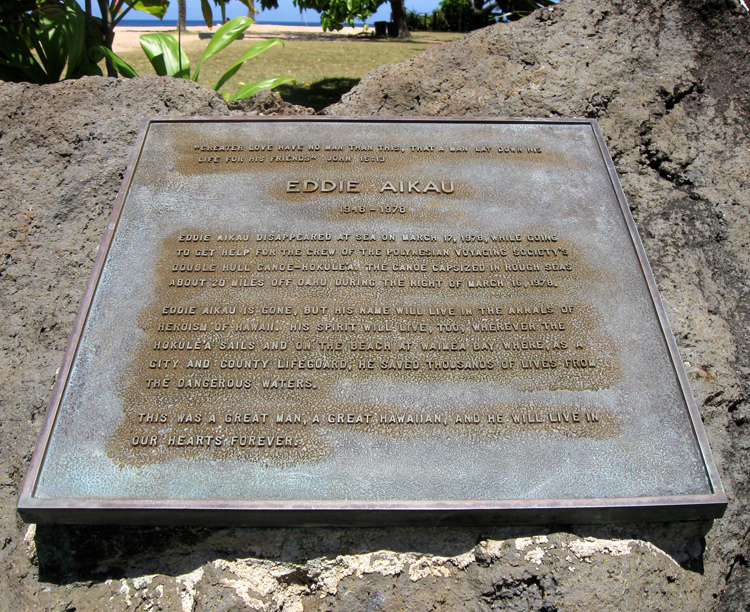 The Eddie Aikau Invitational is a surfing contest honoring the life of a Hawaiian legend and hero Eddie Aikau.

The prestigious event was first held in 1985 and only gets the green light when the waves hit the 20-foot beach.

This is why “The Bay calls the day.”

When the surfing begins at Waimea Bay and the contest begins, spectators are not allowed to approach the water.

Lifeguards will put a yellow line across the beach to keep people away from the dangerous shore break.

To earn a place in the famous competition, guests and alternates must prove their skills in the extreme surf arenas and earn the respect of their peers.

To participate and get a ticket to stage The Eddie is to honor the values â€‹â€‹of the Hawaiian icon – courage, positivity and humility.

On December 22, 1943, Woody Brown, 31, crossed the island to the North Shore with his 17-year-old surfer friend Dickie Cross (pictured below, left, alongside Wally Froiseth).

At Sunset Beach, the duo decided to paddle in what appeared to be a 10 to 12 foot surf. But when they hit the line-up, they realized it was too big.

As they attempted to regain shore, the outgoing current in the channel forced Brown and Cross to paddle three miles west to Waimea Bay.

Forty-five minutes later, as Waimea approached, Cross was caught by a breaking wave and lost his board.

The set kept coming, and Dickie started swimming towards Brown and screaming for help.

But Brown was also in survival mode. He pushed his board back and got pounded by several huge waves.

Exhausted, he started swimming towards the beach and got in his way for the next two or three sets to tumble forward and reach the sand.

Woody Brown was pulled out of the water by a group of soldiers who spotted him from the highway.

But Dickie Cross is missing and his body has never been found.

Greg Noll would describe the episode as the “Waimea Taboo”, which kept surfers out of this place until 1957.

Waimea Bay is a wave of consequence.

In 1995, a promising Californian surfer named Donnie Solomon got caught indoors on a midsize day at The Bay.

Despite being an accomplished surfer, the talented youngster paddled where Hawaiian surfer Kawika Stant was making a jump.

But, because he didn’t want to bail out in front of his surf buddy, Donnie tried to dive into the huge wall of water in front of him.

Solomon walked through the falls and never resurfaced. When rescuers and jet ski drivers found him, it was already too late and he could not be resuscitated. 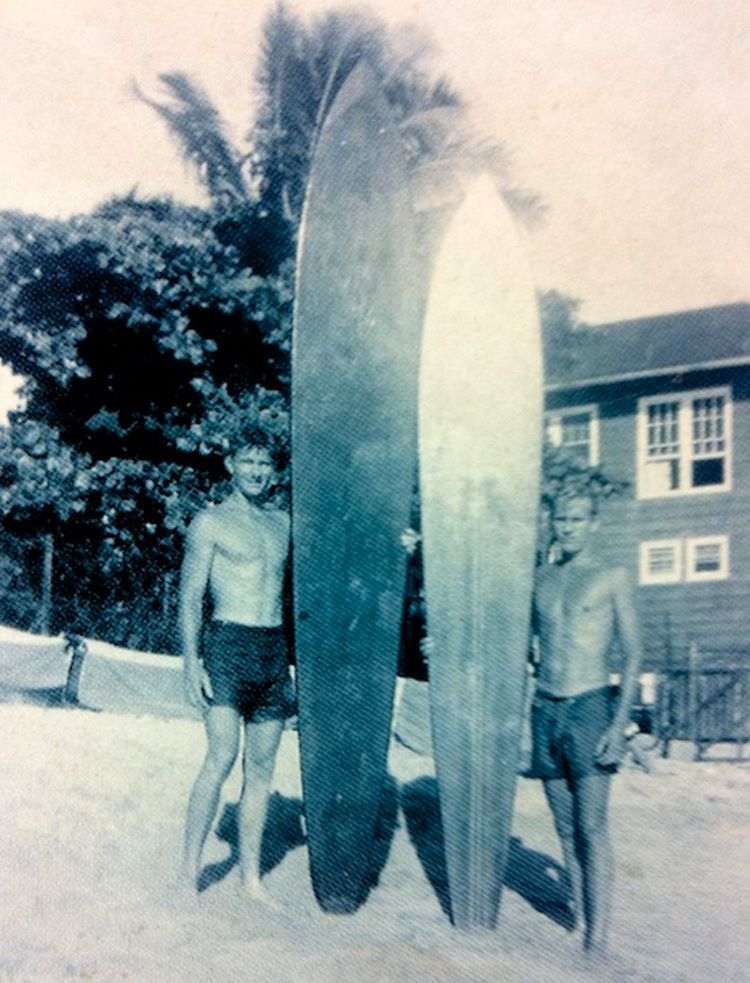 The rock jumping from Waimea Bay

For those who are not afraid of heights, there is an exciting challenge nearby – the Waimea Bay boulder jump.

It is a distinctive landmark that sits at the entrance to the water on the south side.

So, despite the â€œno jumpâ€ sign, if you take big jumps in warm waters, â€œDa Big Rockâ€ will provide you with your daily dose of adrenaline.

All you have to do is climb the 25ft cliff on the far left of the bay, across from Mission of Sts. Peter and Paul Church on the north side.

When you reach the top, take a deep breath and jump into the transparent waters.

But beware: rock climbing can be slippery. When you get there, make sure there is no one swimming underneath it before jumping out of “The Rock”.

If you don’t like high cliff jumps, explore the many underwater tunnels located below the jump site.

The main tunnel is located near the shore and can be reached after a five second swim in a mysterious cave. 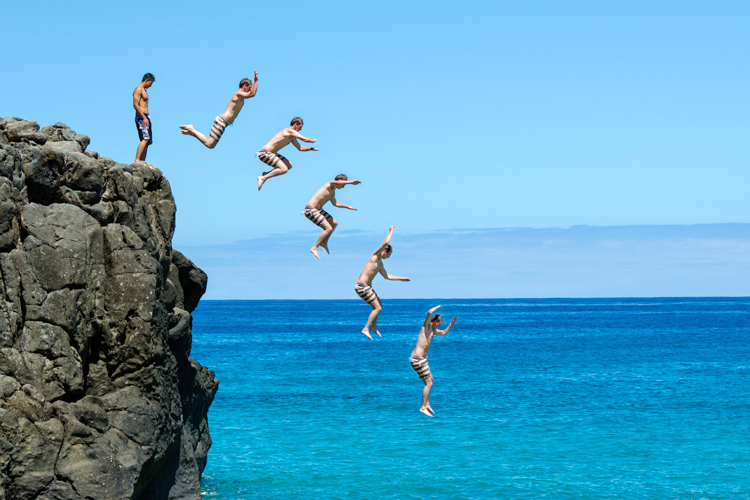 There are a lot of things you can do in Waimea Bay if you are not a surfer or if the ocean is flat.

You can always park your car, enjoy a meal with friends or family on the picnic benches available in the neighborhood, and relax on the large lawn near or in the shade of the trees.

The place has showers, toilets and is always supervised by fully trained and certified lifeguards.

During summer and calm water days, if you enjoy angling, swimming, diving and snorkeling, Waimea Bay will keep you entertained for several hours.

If you prefer, simply stroll along the golden sandy beach and enjoy the surrounding natural beauties and breathtaking sunsets.

Across from Waimea Bay you will find Waimea Valley, a beautiful botanical garden with over 5,000 varieties of flora and sacred archaeological sites.

There are also the magnificent Waimea Falls and its walking trail that will always impress locals and tourists alike.

The Pu’u o Mahuka Heiau State Monument is a historic site and also the largest temple in the archipelago.

The ancient Hawaiians believed that Pele, the goddess of volcanoes, jumped from this point on Oahu to the next island, Molokai.

The “Hill of Escape” covers an area of â€‹â€‹8,100 square meters on a hill overlooking Waimea Bay and still has the original perimeter walls.