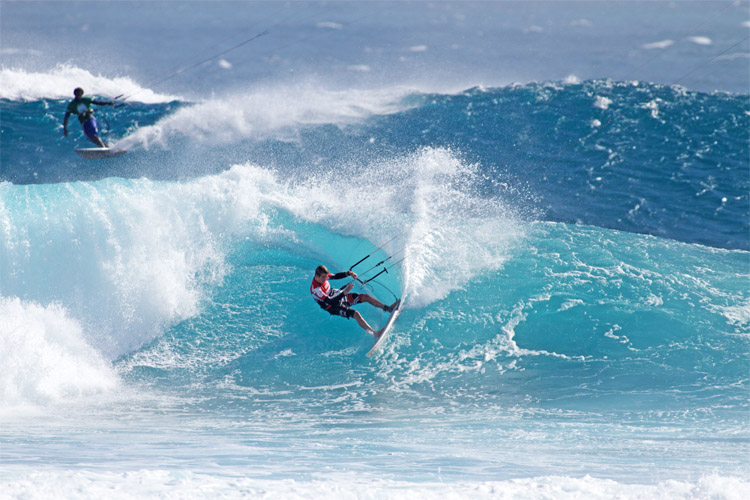 The evolution of strapless kitesurfing

In 2006, the Mauritius Kitesurf International Competition paved the way for a new discipline of kitesurfing.

The event kicked off at One Eye, the legendary reef break in Le Morne, and guests were blessed with a perfect big swell. They got out with their kites and surfboards and … got barred.

“When I see Keahi, Sebastian, Matchu and Airton – the crew – they brought so much to the sport. They actually created a sport,” notes Jaime Herraiz.

“Back then, in 2006, we were trying to emulate surfing, and these guys took what we had and made a sport of its own.”

Until 2008, riders could not take the vertical by attacking the edge of the wave, but with the progression of the machines, they quickly started making more radical turns.

â€œI saw old videos of Sky Solbach, Jaime and Drew Beavis back then riding One Eye with straps. But I think 2011 was really the first year people came in and started riding. push, “McLaughlin notes.

So when the KSP World Tour 2011 stopped in Mauritius for the One Eye Pro, the straps were dropped for the first time and riders competed with waxed surfboards under their feet in rough conditions. double heightening.

In 2012, the strapless had become a standard in wave competitions. North’s documentary “The Evolution of Strapless Kitesurfing” reveals details of the sport’s revolution.

Do you feel the urge to go strapless? To learn.