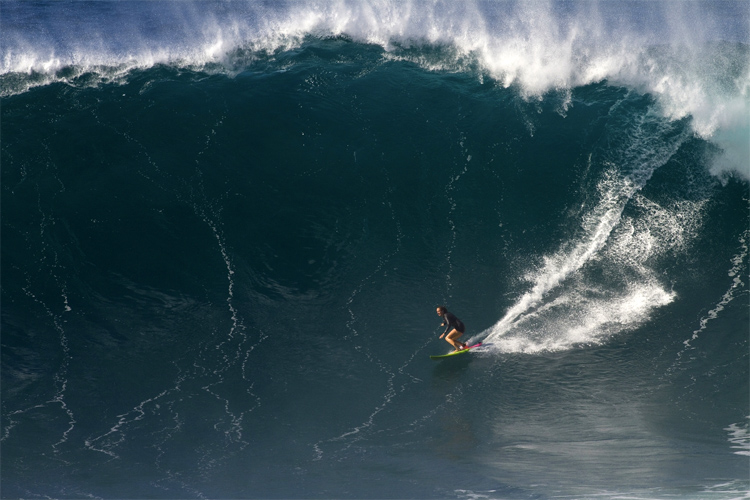 “The Wave I Ride”, the big wave surfing story by Paige Alms

She has the shoulders of a swimmer and all the courage in the world. Immerse yourself in the world of Paige Alms, the ultimate big wave surfer.

â€œThe Wave I Ride: Paige Alms’ Storyâ€ is a 70-minute documentary that reveals the story of a Hawaiian infernal woman. Alms has ridden some of the most dangerous surf spots in the world and like all chargers of her generation, she always wants more.

The film was directed by Devyn Bisson and illustrates how Paige broke all barriers and built her name in a male dominated arena. Carissa Moore, Greg Long and Keala Kennelly add information on how she did it.

â€œWhat I didn’t expect was the industry’s shocking lack of interest in supporting a female athlete, one who made history. But that didn’t stop us,â€ Bisson reveals.

“I have found so much power in telling his story, and we’ve always done everything we can to keep moving this film forward so that it is the voice the industry might not echo.”

Paige Alms was born in Maui. She started surfing at the age of 9 and has been setting the bar higher in big wave surfing ever since. Alms is also the first woman to be attacked in Jaws.

It is likely that “The wave that I ride“will help change the way competition organizers view the role of women in sport and society. Perhaps it will unlock the formula that keeps female surfers away from big wave competitions.”

And when that day arrives, Paige Alms will surely be one of the favorites to win at Mavericks, Jaws, Todos Santos, NazarÃ©, Pico Alto, Dungeons, Punta de Lobos or Nelscott Reef. Because self-confidence, mental preparation and a purposeful attitude are not exclusively male attributes.