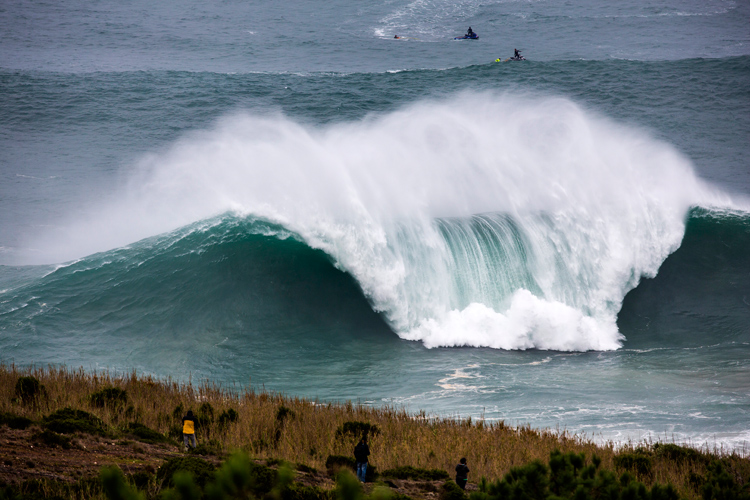 The NazarÃ© Tow Surfing Challenge 2020 will take place on February 11 in Praia do Norte, Portugal.

The new and unique Big Wave surfing format will feature 19 athletes – 17 men and two women – paired up as tow teams.

The teams will surf during a four-hour expression session with no elimination phases or rules.

A rotating round format and priority system will ensure all five teams are in the water at all times.

Each team will have two one-hour rounds to tow in the giant waves of NazarÃ©.

Then, a nominating panel will analyze the captured waves and select the biggest and best surfed waves as finalists.

At the end of the day, the best performances will be shown on the big screen, and each surfer will vote in private for their favorites.

The final vote tally will determine the champions, as judged by their elite heavy water peers.