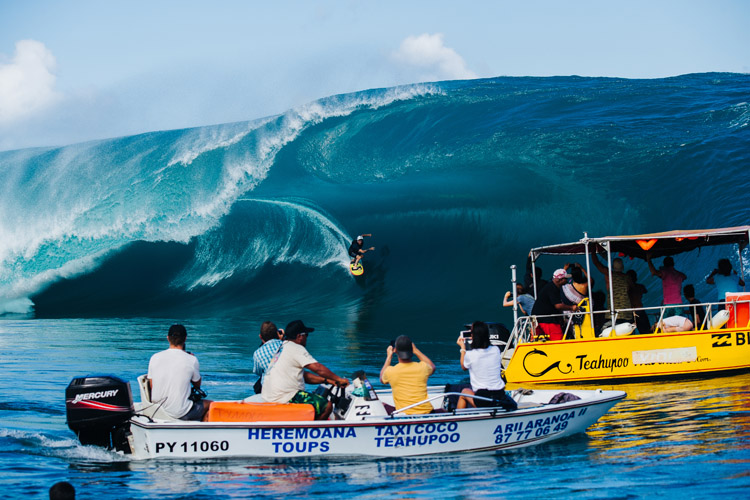 The World Surf League (WSL) has announced the end of the Big Wave Tour and its competitive format.

The professional surf circuit has decided to create a digital platform that will provide big wave surfing content based on four major pillars.

There will be the “Strike Missions” series, the Jaws Big Wave World Championships in Peahi, the NazarÃ© Tow Challenge and the Big Wave Awards.

In other words, the organization led by Sophie Goldschmidt will chase away swells rather than waiting for big waves to break in specific places.

WSL will follow swell patterns and deploy camera teams in the Eye of the Storm to showcase big wave surfing beyond the classic competition format.

These â€œStrike Missionsâ€ will be complemented by a paddle event at Jaws / Peahi and a towing competition at Praia do Norte de NazarÃ©.

Finally, achievements and accolades will be recognized at the annual Big Wave Awards.

The curse of the Mavericks

The bad news is that there won’t be a standalone event in Mavericks. After purchasing the license to run the show, WSL decided to abandon the iconic competition.

â€œThe Mavericks will not continue as a WSL event due to various logistical challenges, as well as the inability to host the event over the past two seasons,â€ notes WSL.

However, the Big Wave Awards and the “Strike Missions” will likely feature waves on the infamous Northern California spot.

Goldschmidt and his team also started the Big Wave Development Fund. The initiative will develop safety in big waves and set up workshops and clinics that will improve athletes’ knowledge in this area.

â€œI think the new approach is going to reflect the reality and adaptability of big wave surfing. Incredible feats are happening all the time,â€ said Keala Kennelly.

“I am excited about the new direction of big wave surfing. We all have different courses and goals. It will make the discipline special because despite these differences we are all trying to achieve the same goals,” added Maya Gabeira. .

2019-09-02
Previous Post: How to catch a wave on a skimboard
Next Post: Tribute to Dundee firefighter who died in tragic kitesurfing accident in Fife